The Rochester Pines pride themselves on being a baseball organization that develops its athletes annually. Our Travel Teams are designed to help expose our players to a more unique and advanced opportunity for development in the game of baseball. To help achieve our more progressive development style, we will combine our team, physical & skill development training with games and competition. Players will be exposed in a number of different ways that will benefit the individual. By exposure, players will have the chance to compete against some of the best talent in the state & region while developing in a fast paced environment. We have developed a schedule, system, and plan to help achieve our goals that will provide support to our players with the resources they need to succeed.

The Rochester Pines was designed to help organize, develop and advance some of the highest level baseball talent that the Midwest has to offer. Our team goals are to provide every player with the best venue to be exposed to further all our players baseball interests. We are dedicated in helping provide all of our players with the opportunity not only to develop as baseball players but in life as well. We will help in this process by challenging our players in a positive and competitive learning environment through competition, practice, and guidance.

Rochester Pines will plan to field and organize one and no more than two baseball teams at each age level (10-18U) into the future. Our top Roster or “Navy” will be for the most serious players that want to compete against the highest level competition in the state, Midwest and country. Age groups may have two high quality rosters if the talent pool is high. Our next best roster or “Green“ Roster will be for the players that just missed the cut for the top teams or that would like a more flexible team option while still staying competitive in quality tournaments or leagues. Note that the Green roster is a good team but we do not consider them to be one of the best teams in the state. The Green team will win games and lose games while focusing on development to make that push to the next level. Rosters for all of the teams will be determined based on tryouts, recruitment, scouting reports, showcases, invited or other means. Rosters for 10-14U will be determined based on our Tryouts.

The 10-15U Fall Season will typically consist of 4-5 tournaments. Our plan will be to always play in more tournaments as opposed to the fall league play. If there are enough tournaments scheduled during the fall season we will not enter into a league. Typically, We will have 3-4  State ran Tournaments and one regional tournament. Will add a traveling tournament if the team allows.

Our 16-18U Fall Season will consist of 4-6 tournaments. More or less depending on if we decided to join a fall league or not. Our older age groups will typically play in 3-4 tournaments in the state and travel to two highly scouted events in region. We will try to find more local tournaments instead of trying to do the standard fall leagues.  Schedules vary from year to year based on the different tournaments scheduled & caliber of team.

Our Winter Season was designed to reward our players with all of the hard work they have put in during our offseason training programs. Our philosophy within the Pines is that training is the most important thing in the offseason. Our players will not be able to compete in the future if they aren’t dedicating time to the development of their skills. Almost more important today than in the past.

Our Winter Season will be more about training & repetition. For our teams, We will offer two traveling events to tournaments down south for each age group because its fun and we feel its still important to develop in higher competitive atmospheres. It also gives an opportunity to learn and find out whats working and what else needs to be addressed in the development process when we get home.  These tournaments are typically located in Arizona, Florida, Nevada or California. We do our best to time these tournaments during extended weekends such as Martin Luther King Day and Presidents Day but there may be a tournament on a different weekend.  We realize that everyone has different schedules which is why flexibility will always be a key feature of this program. Players will have the opportunity to attend winter team tryouts for these teams.

Our Spring Season was designed for our youth (10-14U) aged players while our HS aged players are competing in their local HS seasons. Typically, our spring teams will play in 2-3 tournaments during this time. Usually, these tournaments are within driving distance in a bordering state. This season helps gear up our players for the summer season. We have the ability to add or subtract events based on if this team will continue into the summer season.

Our Summer Season is our biggest scouting season for High School aged players. Depending on the caliber of the team, we will do some more traveling to where the scouts are located. We enter a mix of premier and local tournaments in the state & region in order to expose our players to more college recruiters. We also might travel to a national tournament if we feel it will benefit the team & players. We also do our best not to over travel and miss out on scouts in our own state. Typically, our HS summer season will have 5 tournaments scheduled while combining with local games vs other clubs.  We also try to schedule around some big showcases in MN that we believe our players should attend.

In our program, there is a difference between “Practice” & “Training”. Practice is applying something that we have learned & repeating to become more consistent at that skill. Training is something we do to improve or develop. We will use the combo of the two to help develop are athletes.

Our Fall Practice Schedule will consist of a team practice every Wednesday typically at a local HS field. Other days of the week, we will have training & small group work available with skill development as the focus.

Our Winter Practice Schedule will be a bit smaller and more flexible due to our offseason training programs being in session and smaller two tournament schedule. Players will receive 8 +team practices and may add an additional training membership. These practices will be located at the Rochester Batting Cages.

Our Summer Practice Schedule is more full with a combination of team practice & training. We will schedule some days off for rest & traveling (if needed) but our summer season is a competitive season when it comes to development and game play. Practices will be scheduled during the day to avoid conflicts with other teams or activities in the evening.

Fall Traveling will usually consist of more local tournaments while driving distance to more regional tournaments. Certain teams will have tournaments that players need to fly to at times in order to go where exposure is high.

Winter Traveling will almost always consist of flying events due to weather up north. Typically, we will look to fly to events Arizona, California, Florida, Georgia, and Nevada during this season.

In the summer, its best to look at specific team schedules when they come out as their is a mixture of local, regional & national tournaments. We do our best to cut costs while going where the scouts are located.

All of our players should arrive to our designated hotel one day prior to our event begins unless noted before hand. This is subject to change based on each individual tournament format, opening game times, and travel arrangements.

All of our players should plan to depart on the latest possible flight on the last day of the tournament or the day after the tournament to avoid conflicts with games. Sometimes, games can go late into the afternoon on the last day of the event. We do our best to learn the times beforehand. Tournaments usually post schedules a week an advanced so we don’t always know when we book flights.

How many teams will there be at my sons age group?

The Pines will always plans to field one team per age group. If our staff decides there is enough quality talent at an age group they may then do a second team. The goal is to make the first team as talented as possible before moving on to a second.

Is there a possibility that there will not be a team at my sons age group?

Our goal is to have one at every age group. However, There is a possibility that the Pines will not have a team at your sons age group depending on the season. Many of our players at the younger age groups are multiple sport athletes and we may have a more difficulty filling teams during certain periods. Also, we will not hold a team if we feel there isnt enough quality talent at that age group for tryouts. Our ultimate goal in the future is to have at least one team at every age group.

Does my son have to tryout?

Tryouts are a requirement at the 10-15U age groups. All players must go through the tryout process at those age groups in order to be placed on a team. Tryouts at the 16-18U age groups are NOT a requirement but highly recommended especially if we don’t know who you are. Sometimes, Tryouts for the HS age groups are done through individual workouts. Our staff has the ability to go to HS games in the spring and invite players to teams. Its best to register for tryouts right away when they are posted.

Do all players make the team?

Unfortunately, No- all players will not make the team. Players tryout and we select the players that best fit our program. Some players may be invited to be practice players or substitute players.

How much are tryouts?

How many players are on a team?

The number of players on a team will vary from age group to age group. Generally, from 10-14U we try to keep it around 12-13 players. From 15-18U, we will usually have 12 specific position players as well as add more pitching depth. We have had HS teams at 16 players before (12 position players & 4 Pitchers). Ultimately, depends on the team and roster makeup.

How many tournaments will we be playing?

The number of tournaments will vary depending on the season and team. See individual team pages for that answer.

Will there be traveling?

Yes, age groups will be traveling at one time or another. Our younger age groups don’t travel as much as the older kids. Our older players will travel a bit but we try our best to only travel when we need to or go to the events with high exposure. We also try not to do more than 1-2 flying events during any season, if any. Younger age groups we try to keep it at 1. In the winter, we schedule two tournament down south, during extended weekends.

How much do the Teams cost?

The cost of our teams varies per age group and season. In the fall, our age groups  will vary depending on # of tournaments. In the Winter, all of our teams have a fixed price. In the spring/ summer, prices will also vary. Please, see individual team program pages. 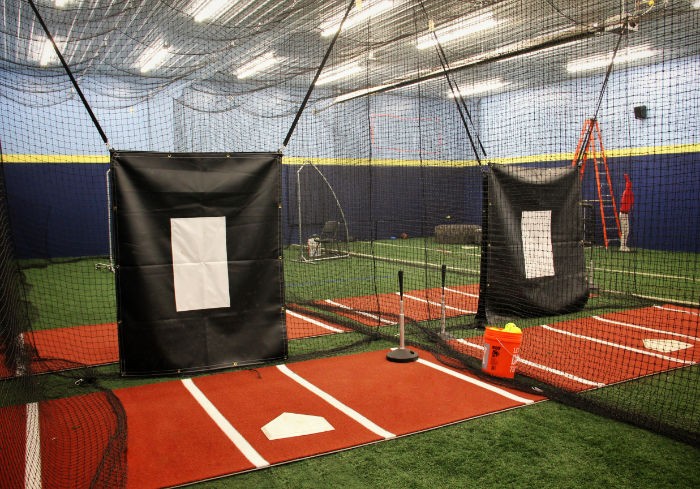 What your player will need...

Players must have a membership to Rochester Batting Cages

Please see individual season page under program details to get an overview of the program with inclusions.

Contact our Director of Operations, Brett Thorney (thorney@rochesterbattingcages.com) with any questions on the program.